Dev Patnaik is a thought leader in the area of empathy in business culture. Dev shares some key insights about what makes companies great and how a business culture based on empathy brings the best out in people.  We have a great discussion about Conscious Capitalism and dig deeper into Dev’s comment at Conscious Capitalism 2017: “I went to India a Socialist and came back a Capitalist.” Welcome to the show and enjoy this amazing conversation with Dev Patnaik! 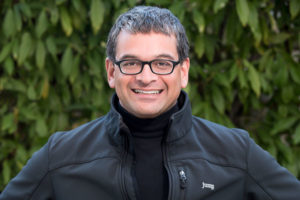 Dev Patnaik is the CEO of Jump Associates, a strategy and innovation firm. Jump helps companies create new businesses and reinvent existing ones. Jump works with some of the world’s most admired companies, including Nike, GE, Samsung, Target, and Virgin.

Jump has helped companies to learn and grow in times of rapid change. In recent years, Jump has become particularly well-known for its pioneering culture. Jump was named by the Wall Street Journal as one of the best places to work in America.

Dev is a frequent speaker at business forums and his articles have appeared in numerous publications, including BusinessWeek, Forbes, and Fast Company. He is also the author of the book Wired to Care: How Companies Prosper When They Create Widespread Empathy. Noted author Malcolm Gladwell called Wired to Care “just what we need for the lean years ahead.”

Fast Company magazine recently named Dev one of the 100 Most Creative People in Business. His forthcoming book, Unleash, is a playbook for leaders trying to grow their businesses in times of extreme change.

When he’s not working at Jump, Dev Patnaik is an adjunct professor at Stanford University, where he teaches a course called Needfinding. In the class, students draw upon methods from social science, design and business strategy to discover insights about ordinary people and create new products and services.

There are seven sins in the world:
Wealth without work,
Pleasure without conscience,
Knowledge without character,
Commerce without morality,
Science without humanity,
Worship without sacrifice, and
Politics without principle.”
– Mahatma Ghandi

Links mentioned in this episode:

Books mentioned in this episode:

Wired to Care: How Companies Prosper When They Create Widespread Empathy

And, Dev says – “Go to the classics” to learn about humanity and how to lead.

Welcome friend! Now check your email to confirm your subscription. 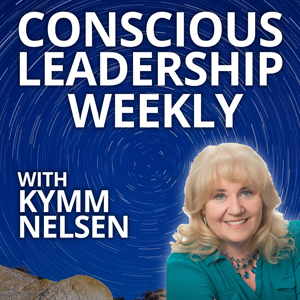 Conscious Leadership Weekly is the podcast where we help business owners and corporate leaders rise above the bottom line, to be in service to purpose, people, and profit, and make a meaningful impact on the world.